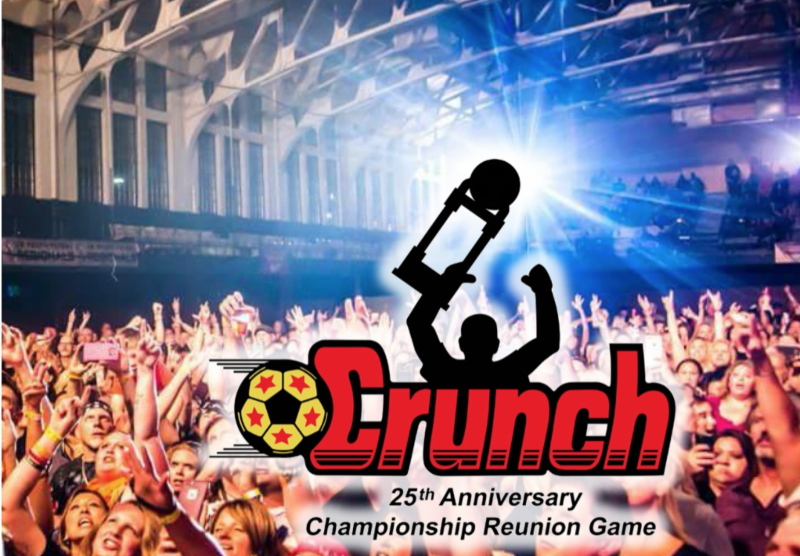 Cleveland Crunch players are coming together for another championship effort to celebrate the 25th anniversary of giving fans in Northeastern Ohio a coveted pro sports title.

They have partnered with two charities that focus on helping children to present a reunion game and night of nostalgic fun on Friday, April 26th at Rubber City Sports at Goodyear Hallin Akron.

“I am so thrilled to be working with players from the 1994 team and other alumni,” said Jonathan Eric Agin, JD, Executive Director for the Max Cure Foundation.“Growing up in Cleveland, I spent countless hours with my family watching the Cleveland Force and then the Crunch. I remember the energy before the games as the lights turned down and the players were introduced. So many players from those amazing years are starting to come back to memory.”

The mission ofThe Max Cure Foundation, Inc.,is to fund research for the development of pediatric cancer drug therapies including the discovery of less toxic treatments for children with cancer; to financially assist low-income, military and first responder families battling cancer in their children; and pursue legislative and regulatory changes that seek to benefit children with cancer and at the same time, raise awareness to the needs of those fighting pediatric cancers.

“We met so many great kids in those Crunch years that having the opportunity to give kids today hope through Max Cure really means a lot,” said Hector Marinaro, who scored the winning goal 25 years ago for the National Professional Soccer League title.

On April 27, 1994, the Crunch presented fans a night to remember, giving Cleveland a pro sports team championship for the first time in 30 years. It took a Herculean fourth-quarter comeback and into a second overtime as a capacity crowd stood and screamed for victory in front of a national TV audience on ESPN2.

“It seems like yesterday,” said Marinaro, the all-time scoring leader in pro indoor soccer who just completed his 13th year as men’s soccer coach at John Carroll University. “We had so much fun and met so many great fans. We’re looking forward to seeing them again, while doing it for a great cause.”

Marinaro’s goal set off a wild celebration that lasted until nearly dawn. Goalkeeper Otto Orf started the winning play with a dramatic header in the 17-15 win over St. Louis.

The mission of Orf’s HandsOnSports Foundationis to provide positive environments, education, and opportunity for at-risk youth through the global sport of soccer. The vision includes providing equipment and instruction for youth in communities where recreational opportunities are limited.

There’s no limit on fun sponsorship opportunities at the event, which will include auctioning off memorabilia not only from the Crunch but other sports as well.